“Blending elements of philosophy, religion, and the mystery genre, 49 Buddhas is the start of a series to watch.”

” … an entertaining, head-spinning murder mystery that combines Buddhist insights with noir tropes on the mean streets of Denver.”

49 Buddhas tells of Lama Rinzen in the Hell Realm—a realm of confusion, shifting ground, and anger.

In the Hell Realm, the lama must find insurance man Sonny Heller’s killer. Lama Rinzen believes finding Sonny’s killer will lead him to the sacred dorje. Once he finds the dorje—once he can touch it and feel the dorje’s ancient wisdom—only then can Lama Rinzen and all sentient beings achieve enlightenment.

Many seek the dorje, but only Lama Rinzen is deserving.

Then again, distinguishing such delusions from insight is the lesson the lama must learn. Not only so he can find Sonny’s killer, but so he also may progress along the path to enlightenment.

Or so he believes. 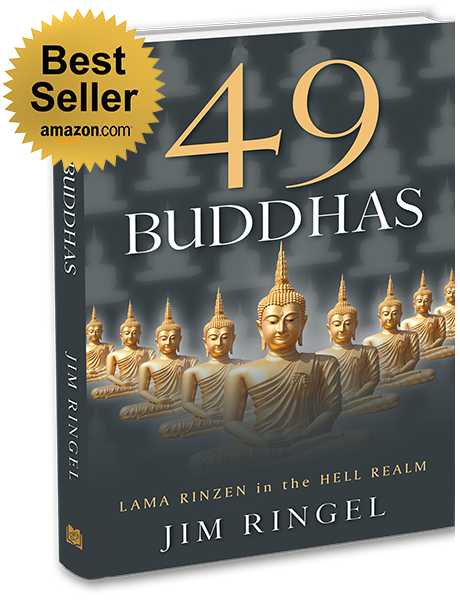